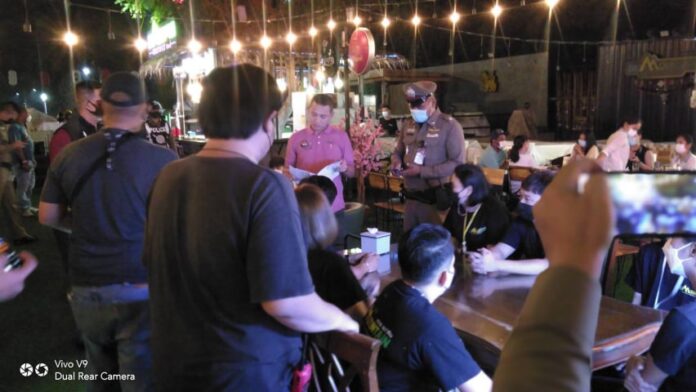 A “restaurant” near the Bali Hai Pier in Pattaya was raided for the sixth time last night (December 22nd) after breaking a temporary closure order from the Chonburi Governor after five previous raids in recent months.

Pattaya police raid restaurant near Bali Hai for the fourth time over allegedly selling alcohol and shisha, as well as breaking Covid -19 rules

The Chonburi Governor Phakarathorn Teanchai last week has ordered a 30 day temporary closure of ‘The Sky Mountain’ restaurant until January 13th. The venue is located next to the Bali Hai Pier and below the famous Pattaya sign.

Now, for our story:

Last night a team from the Pattaya City Police inspected the “restaurant” again. The “restaurant” was found opened and allegedly selling alcohol with visible beer towers present. A representative from the Pattaya City Police stated that the venue appeared to be more of a bar than a restaurant and bars, regardless of the thirty day closure order, are still officially closed due to Covid-19 measures nationwide. 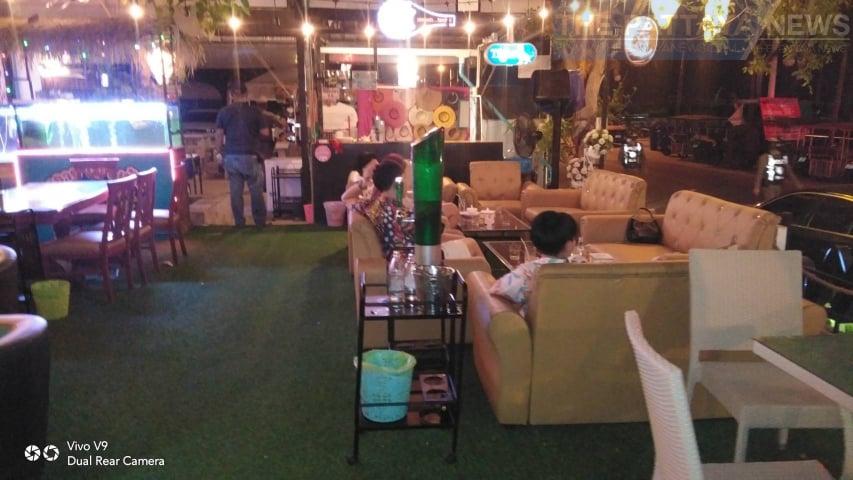 The restaurant manager was taken to the Pattaya City Police Station to face legal action once again, although neither the manager nor the owner were named to the press, similar to the prior raids and shutdowns.

The venue has repeatedly been accused of breaking the current strict Chonburi Communicable Disease Committee Rules in the past several months, stretching back to a period in which alcohol was banned entirely even at restaurants but the venue was reportedly and allegedly still operating as an entertainment venue when it was supposed to be either shut or only serving food.

Pattaya City Police stated the governor would be informed that the venue specifically broke his current closure order and any future decisions about the fate of the venue and the owner would be referred to the governor.