PHUKET: There was a lot of talk and misdirection this week in the explanations given by Peerawat Promkladpanao, from the Performance Monitoring and Evaluation Committee of the NBTC, about internet connection rates in Phuket, with the focus all on 5G, and a lot of skipping about talking about baseline cable connections. Right now what needs to be explained is what is being done to develop Phuket’s IT infrastructure as a critical element of driving Phuket’s economic future.

Mr Peerawat during his visit to Phuket on Friday focused on 5G coverage, with “a lot of provinces” not having 5G because the economic impact of COVID-19 had interrupted private internet providers plans to roll out their 5G networks.

That is not true for Phuket. AIS has Phuket very well covered, DTAC’s 5G coverage is from Phuket Town down to Rawai and True’s 5G network covers Phuket Town but no beach towns or west coast tourist areas (see 5G coverage maps in gallery above).

The problem in Phuket is the connection fees. This is the only part of what Mr Peerawat was talking about that affects people and businesses on the island. Here, were are talking about three markets:

1) local people, most of whom simply cannot afford 5G packages;

3) tourists, who as with most local development problems deep down are not overly concerned with local IT development as long as it doesn’t interfere with their holiday experience.

What must be understood about tourists is that the extent and capability of 5G connectivity in their home countries means that 5G in Phuket is no longer a nicety or value-add luxury, it is becoming the baseline for connectivity for tourists to stay in contact with friends family back home and share their holiday experiences.

Phuket internet connections starting to strain under only a work from home order coinciding with schools ordered to continue classes online over past weeks only shone a spotlight on Phuket’s true connectivity baseline.

Internet usage volume has increased dramatically during the pandemic and the infrastructure support is not there. It will not be there until 5G is not only rolled out, as in Phuket it already has, but is taken up by the users. Until that happens, Phuket will be reliant on its 4G networks to support ever-increasing data rates. 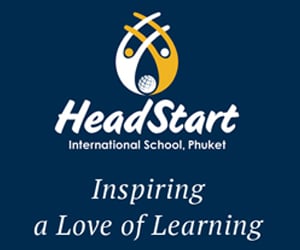 The missed opportunities in driving Phuket’s IT development forward now are nigh countless, and will only delay or further damage the island’s prospects of sustainable economic recovery. The simplest example is tourism promotion already recognised by tourism authorities in hosting free “fam trips” of Asian online “influencers”. What they are missing are the tourists themselves.

While the devastated tourism and hospitality sector gets back on its feet, why not take the load off them and offer a SIM with free 5G connection for one month to tourists as part of the tourism tax? Malaysia did this very well with a free SIM provided to tourists that provided free internet access so tourists could share their holiday experiences with friends and family back home. That’s “influencers” en massse.

Further is providing the infrastructure for local businesses to sustainably grow. This will not be possible with the IT development in place. This is not talking about the future of businesses growth, this is supporting businesses now.

As for the so-called “IT Hub” and “Smart City” initiatives, as evidenced this past week, the Phuket DEPA office not being able to provide connection rates to potential investors begs the question of what the agency actually does do. Their actual name is the Digital Economy Promotion Agency. Promoting our digital economy is literally what they are supposed to do.

For the past two years they have had one job: to launch and maintain the PhuketMustWin vaccination registration website – and that has had more than its fair share of problems. The Phuket DEPA’s role is supposed to be oversight only, with the actual work contracted out, which only begs the question what else have they been doing with their spare time. If they simply do not have the resources, then we now know how seriously the central government is taking the IT Hub and Smart City initiatives: all talk, no action.

Meanwhile, the move to attract anyone on the basis of our IT prospects is so piecemeal it is difficult to tell if the national government is actually serious about it. The laws still need a massive overhaul to legally allow foreigners to enter the country and work for a company not registered in Thailand during their stay. Right now the only legal options available are for wealthy businessmen, not the run-of-the-mill online worker that exists today. The rest of them run afoul of visa, work permit and tax laws.

A huge portion of the digital nomads are semi-professsionals performing their work via the internet, nothing more. The market in its simplest sense a a lucrative long-stay tourist market. Like long-stay retirees, such people staying in Phuket to work online contributes directly to local rents being paid, local restaurants being supported, a host of local service businesses such as vehicle rental, laundry, entertainment and even hairdressers being supported. Such “relocated workers” will even take in local tourist attractions during their stay, only supplementing the island’s one main – but battered – industry still scratching to survive.

Visa, labour and tax laws created more than 50 years ago are no longer appropriate. The world has changed, and new laws need to be created to match the modern world. Otherwise, simply fall behind and let other destinations reap the rewards.